THE UNITED CHURCH OF BUTE 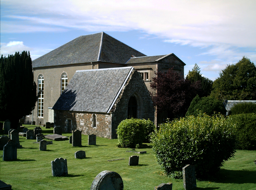 The United Church of Bute was formed in 1999 from the union of the congregations from five Church of Scotland parish churches – Rothesay The High Kirk, North Bute, Kingarth & Kilchattan Bay, Ascog and Craigmore St Brendan’s.  The United Church of Bute now has one place of worship, the former High Kirk building in High Street, Rothesay.  The buildings belonging to the former North Bute (St Ninian’s), Kingarth & Kilchattan Bay, Ascog, and St Brendan’s congregations have all been sold for residential purposes.

It is believed that Christianity was brought to Bute during the 6th century by St Catan, and continued by his nephew St Blane.  Remains of the early monastic settlement established by St Catan can still be seen at the far south of the island, alongside the ruins of the 12th century St Blane’s Church.  St Ninian’s Chapel, near Straad, was also established in either the 6th or early 7th century.  St Marnock’s Chapel on Inchmarnock, an island off the west coast of the Isle of Bute, dates from the 12th century and St Michael’s Chapel, near Kilmichael Farm at the north end of Bute, probably to a similar period.  St Mary’s Church (next to the United Church of Bute) at one time served as the Cathedral of the Episcopal Diocese of the Isles.

St Mary’s Church, the first church on the site, is situated close to the High Kirk’s southeast corner.  The chancel dating back to the 16th century has been restored and re-roofed.  A pointed arch window punctures the original gable.  There are two tomb recesses; one containing an effigy of an armoured knight under an ogee arch and the other has a mother and child under a round arch.  There is also a sculptured tomb in the centre of the floor.  St Mary’s Church at one time served as the Cathedral of the Diocese of the Isles, therefore although it is often called St Mary’s Chapel, the name Church is more appropriate. 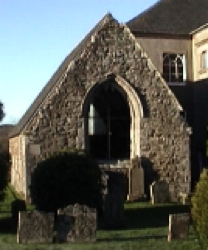 By 1692, Rothesay’s original Parish Church (St Mary’s Church), which stood on this site, was in a state of ruin.  Consequently, a church of simple gabled structure was built with an axis running N-S, with the Earl of Bute’s gallery running E-W.  There was accommodation for 500.

By 1795 the church was again in a ruinous state and was replaced the following year by the present building.

Although the new church held over one thousand people, by 1799 there was insufficient space and a Chapel of Ease was built in High Street, being named New Parish Church in 1838.  This church was rebuilt on a new site in 1878, subsequently in 1942 the congregation united with Bridgend Church when the building was renamed St John’s.  It was finally demolished in 1973 when the congregation united with that of the High Kirk.

In 1999 the High Kirk of Rothesay united with four other churches on Bute and until 2006 the building continued to be called the ‘High Kirk’.  From Easter 2006 it became the sole regular place of worship of the new congregation and the building then became known as ‘The United Church of Bute’.

Designed by Adam Russell and built by Fleming and Ferguson in 1796, based upon the alignment of the older building, it is a taller, pavilion-roofed structure with large round-arched windows to the south and a pedimented single storey projection to the north (this was removed when the adjacent Church Centre was built in 2009).  The original design included a clock tower which was never built.  Although extremely austere, internally the High Kirk is bright and airy, lit by both tall round arched and linteled windows.

The church was remodelled by John Russell Thomson in 1905/6 to put it ‘in a good and comfortable state of repair’.  The original plan included a tower, which for financial reasons was never built.  The interior layout of the building was re-orientated 90 degrees, the interior being recast and a 2-storey pedimented entrance wing was erected at the east end, lit by pilastered windows, now forming the front of the building and is how the church looks today.

THE UNITED CHURCH OF BUTE BUILDING

Please note that Ascog, St Ninian’s, Kingarth and Kilchattan Bay, and St Brendan’s church buildings have been sold and are now privately owned.