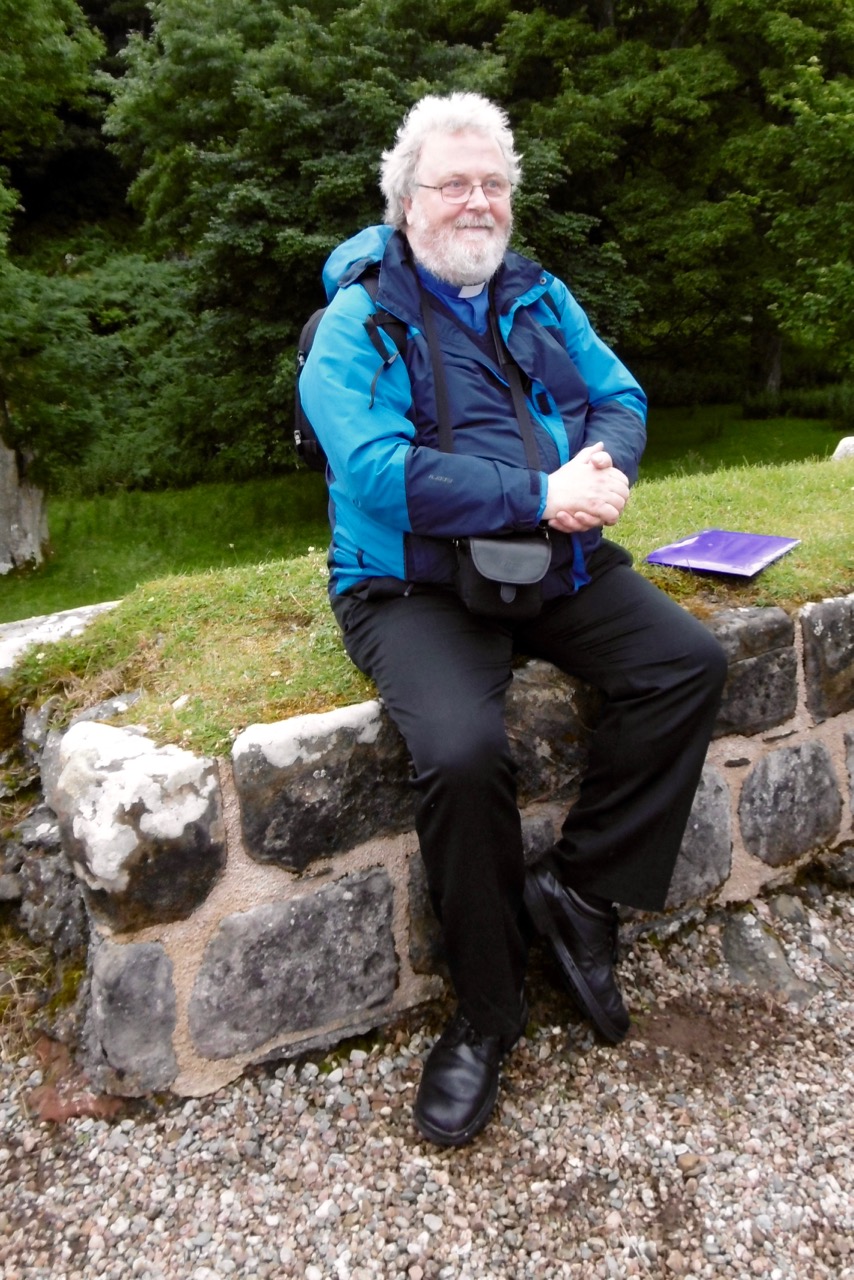 Owain was brought up in Rhyl, then Caernarfon, in North Wales, with Welsh as his first language.  He professed a call to the ministry, and preached his first sermon (which he still has, and which was actually OK!) while still at school.

Owain was a student at the University of St Andrews, where after taking an Arts degree in Biblical and Theological Studies, he stayed on with a Major State Scholarship, researching in Old Testament.

He was ordained to six Welsh-speaking congregations (Tywyn, Bryncrug, Pennal, Aberdyfi, Llwyngwril and Llanfihangel-y-Pennant) in Meirionydd in October 1981.  During this time he also taught Hebrew, Old Testament and Aramaic at the Aberystwyth-Lampeter School of Theology in the University of Wales.

Owain returned to Scotland in 1987 as (briefly) Ordained Assistant then Associate Minister at Mearns Parish Church where he met Carolyn.  They were married in 1988.  In April 1990 Owain was inducted as Minister of Arnsheen Barrhill linked with Colmonell in the Presbytery of Ayr, moving to Langside in Glasgow in 1998, and to Kilbarchan East in December 2002.  He was inducted to the charge of the United Church of Bute in February 2011.

Owain has had a love of science, but particularly astronomy, since childhood, and of Bach, 19th (especially Bruckner), 20th century and contemporary serious music.  He occasionally presents Thought for the Day (in English for Radio Scotland and in Welsh on Radio Cymru) and the odd radio service and other radio programmes.  Owain loves the sea and can get quite childlike about the ferries!  There isn’t much he doesn’t like apart from celery and Country n’ Western (sorry ….)

He is a member of the Order of Musicians of the Honourable Gorsedd of  Bards (the people behind the chair at the National Eisteddfod of Wales).

Owain and Carolyn have two children.