A ‘Pilgrimage’ project funded by Creative Scotland allowed Ruth Slater to explore the question ‘what makes Bute important to the people who live here’.  The 15 people who were interviewed, who will remain anonymous, were chosen to represent the broad range of folks who make up our island community (matching the demographics from the 2015 census data).

Ruth then created the panels, interpreting the words, sounds and emotions contained in each story.  Each panel has a mood, expressing the ever-changing weather, beneath which the words and feelings of each participant have been interpreted by Ruth into a continuous flow of writing.  The rear of the panels shows an exact depiction of the coast line of Bute.  For some this represented safety for others entrapment. 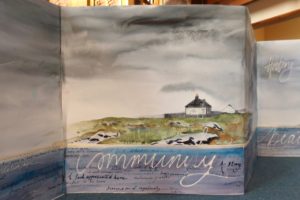 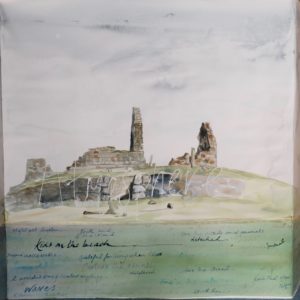 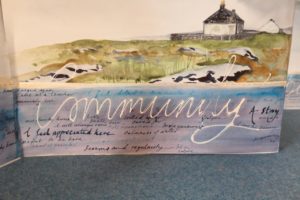 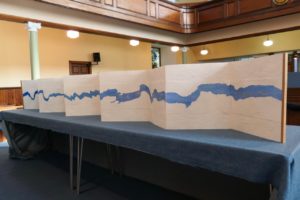 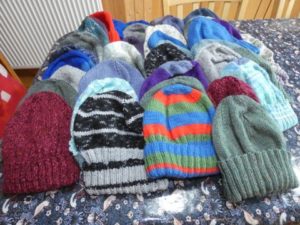 The members of the Afternoon Guild, their families, the Evening Guild and members of the congregation have been busy knitting hats for the Seamen’s Mission (which is one of the Guild’s projects this year) and we have knitted 46 hats for them.
I look forward to handing them over later this year and would like to thank everyone concerned for their efforts.

Have you checked out our new Surprising Christianity page yet?